Poet and playwright, he is considered by many of us the greatest writer of all times – along with Dante, we would suggest. He was even the precursor of the film script at a time when the movie industry and relevant tools had not been invented or not even remotely imagined. He was born in Stratford-on-Avon in 1564, maybe on April 23rd, his father was a landowner and glove merchant; his mother was a noblewoman holder of a coat of arms. It is important to underline that his biography is only partially known and with no important evidence; what we know about Shakespeare is orally handed down or legend. In 1582, at his coming of age, he married Anne Hathaway (like the Oscar Winner for Les Misérables), who was older than him and gave him three children, a daughter first and two twins, then. One of the twins died at the age of eleven. William started dealing with drama, and after a considerable sequence of written works he had to cope with a terrible loss within his family. He left his family and moved to London at the age of 22; this let him become well-known, and his first love poems were published: "Venus and Adonis" (1593) and "The Rape of Lucrece" (1594). He also worked as an actor. As for the sonnets, some of them were distributed for years before being published in 1609. His Renaissance style is very sophisticated and rich in ideas. His playwrights, regarded as his highest achievements, were not immediately successful. But he insisted and kept on working and investing a lot of money; guided by his sense of business, he probably knew that this temporarily unsuccessful work would be very successful soon. In fact, a short time after he enjoyed the profits of the Chamberlain’s Men (later called the King’s Men), the company of actors performing his works. As time went on, thanks to the support of the Duke of Southampton, he became the co-owner of two theatres, the Blackfriars and the Globe Theatre. Throughout his life, Shakespeare wrote 38 plays at least which have made him famous throughout the world. Both cinema and opera have used most of Shakespeare’s works. Some composers were in love with his plots; Wagner did not make any works taken from Shakespeare’s but he loved his talent; Giuseppe Verdi (Macbeth, Falstaff. Othello), Mendelssohn (A Midsummer Night’s Dream) and Tchaikovsky, Prokofiev. Even West Side Story by Bernstein is a modern version of Romeo and Juliet. After retiring in the countryside Shakespeare died on April 23rd 1616, and he was buried at Stratford. The origin of his tragedies comes from a scrupulous study of legends, stories and other plays from England, Italy, Spain and Arabia which date back both to Middle Age and Greek and Latin Literature. Shakespeare revises and adds a great narration and poetic skill at the same time. He is a great psychologist, too, because he is able to give specific traits to each of his characters. Among his other works: The taming of the shrew, Much Ado About Nothing, Julius Caesar, Hamlet, King Lear and The Tempest. 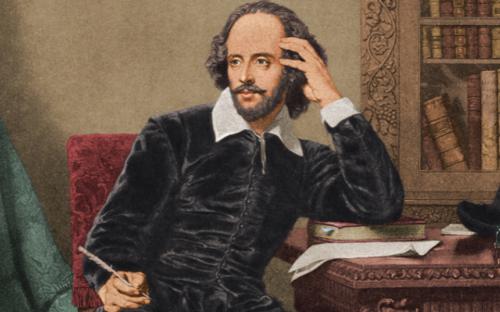