Great success for the IX edition of the Napolifilmfestival, held from the 13th to the 20th of June at the Filangieri cinema. The Neapolitan screening, which has by now rightly entered the circuit of the European independent festivals of greater depth, revived its dual cinematographic binary in this edition by presenting works by Mediterranean directors and Neapolitan authors unknown to the Italian public, without forgetting the charm of the great cinema of Hollywood.

The brothers Joel and Ethan Coen (in the photo) landed in Naples for their first outing after the success earned by their latest film No Country for Old Men at the Cannes Festival: it was a greedy occasion to meet two of the most brilliant film directors of contemporary worldwide cinema and to see again their masterpieces thanks to the retrospective which the NFF devoted to them. With them there was also, Frances McDormand, who in 1997 won an Oscar as best protagonist actress for Fargo. The participation of the director Abel Ferrara further enriched the festival.
Â
In the season of the box-office boom of Italian cinema, NFF has evaluated the situation of our cinema thanks to the presence of four great stars: Michele Placido, Ferzan Ozpetek (in the photo), to whom the Festival dedicated a complete retrospective, Margherita Buy and Paola Cortellesi. A poker of aces from the last season which from Naples challenges next year. 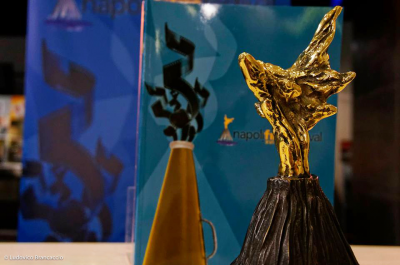